Everyone's got their own reason for wearing Budgys.

The Edinburgh Blue Balls? They're a group of men meeting up weekly for an open water swim. 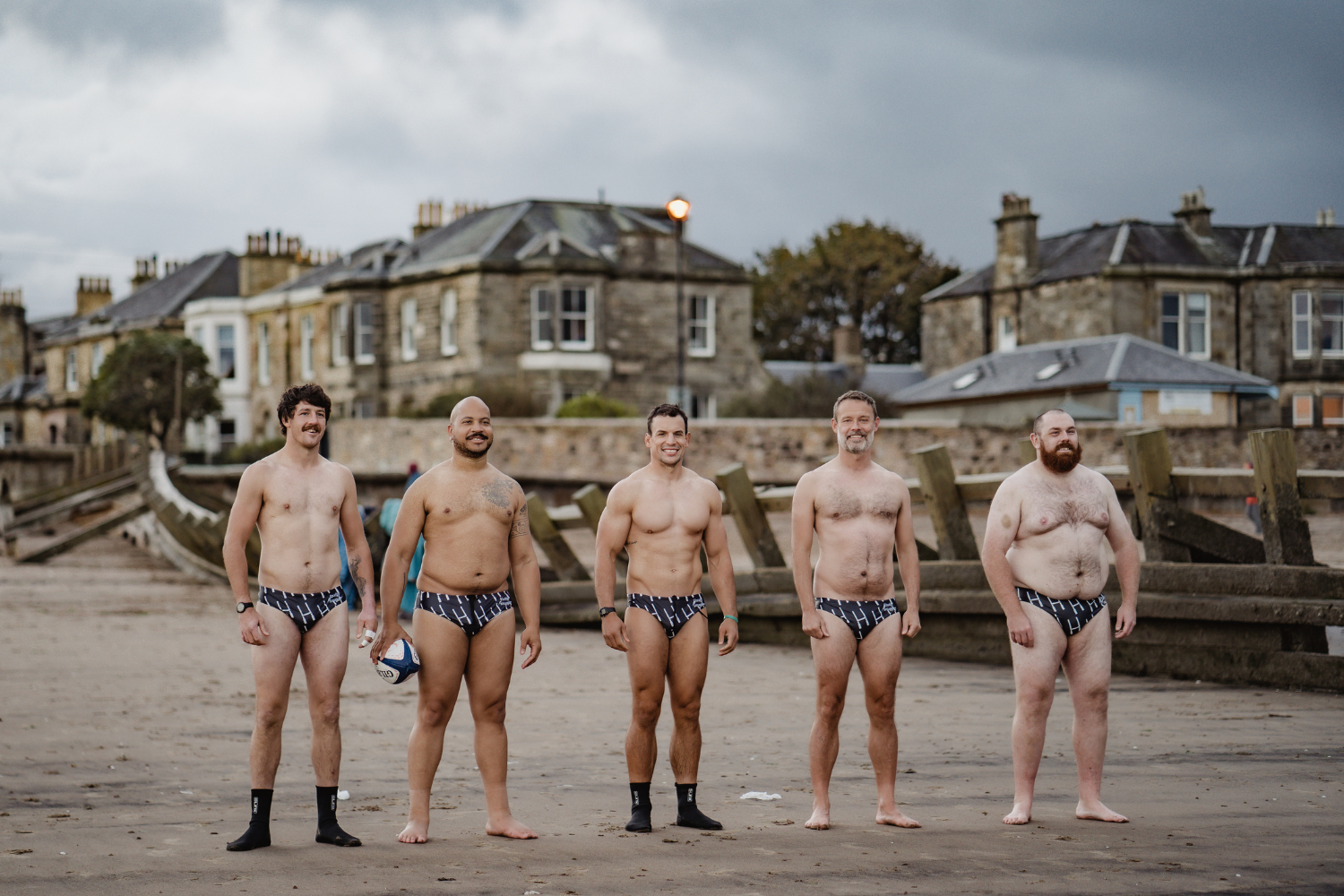 These weekly swims have grown in numbers and are giving men the chance to improve their mental and physical health. LooseHeadz ambassador John Hardie went along to join in and have chat with Marc Millar, the Founder of the Edinburgh Blue Balls (and Photographer behind these epic shots!). 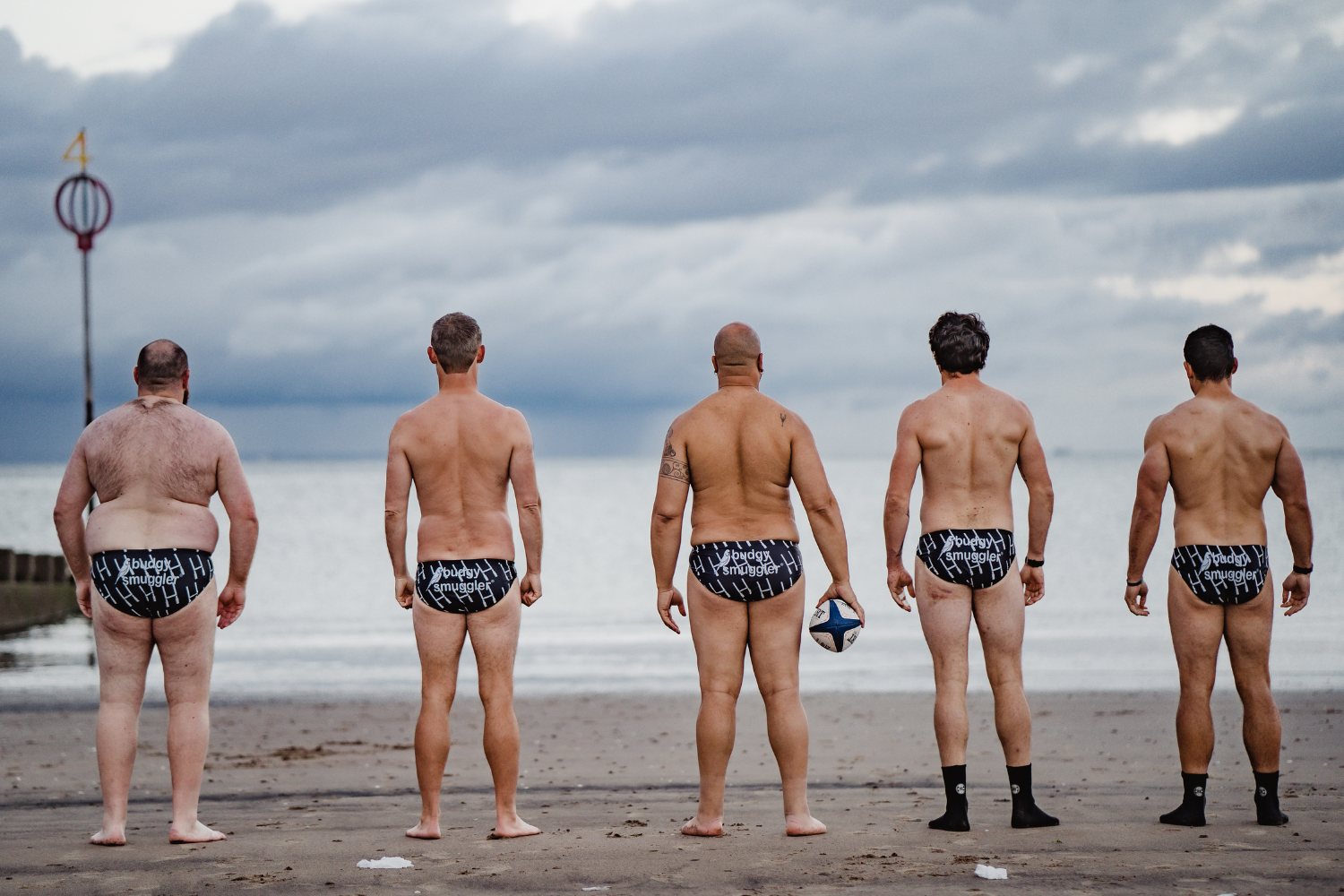 Marc: "Why did I set up Edinburgh Blue balls? Good question. I realised, heading into my mid 40’s that I didn’t have a supportive group of friends around me. At the time, I was in a complicated relationship, and I relied heavily on partying or self medicating (alcohol or recreational drugs) as a form of support and to escape my own feelings. I did not have anyone to talk to about my own direction and had lost my own identity. To compensate I drifted towards talking to Instagram friends or anyone online about my poor mental health, people I had never met or was never likely to meet. It felt easier to open up to strangers about my struggles.

As part of my online life, I started to follow men’s health groups and that is where I came across a few men’s mental health swim groups.  I soon realised that these groups offered more than just a swim, but provided a supportive space for their members. Through my conversations, I asked some of the groups if they would be interested in setting up an Edinburgh group. The response was so positive and I was encouraged to start my own, with advice and support provided by the Ice guys North in Tyneside (cold water dip group). It took me another year to build up the courage to post up a photo, asking if anyone was interested in joining me in a men's mental health cold-water group in Portobello, the beach town where I live. The response to say the least was overwhelming and the story so far is clear to see. 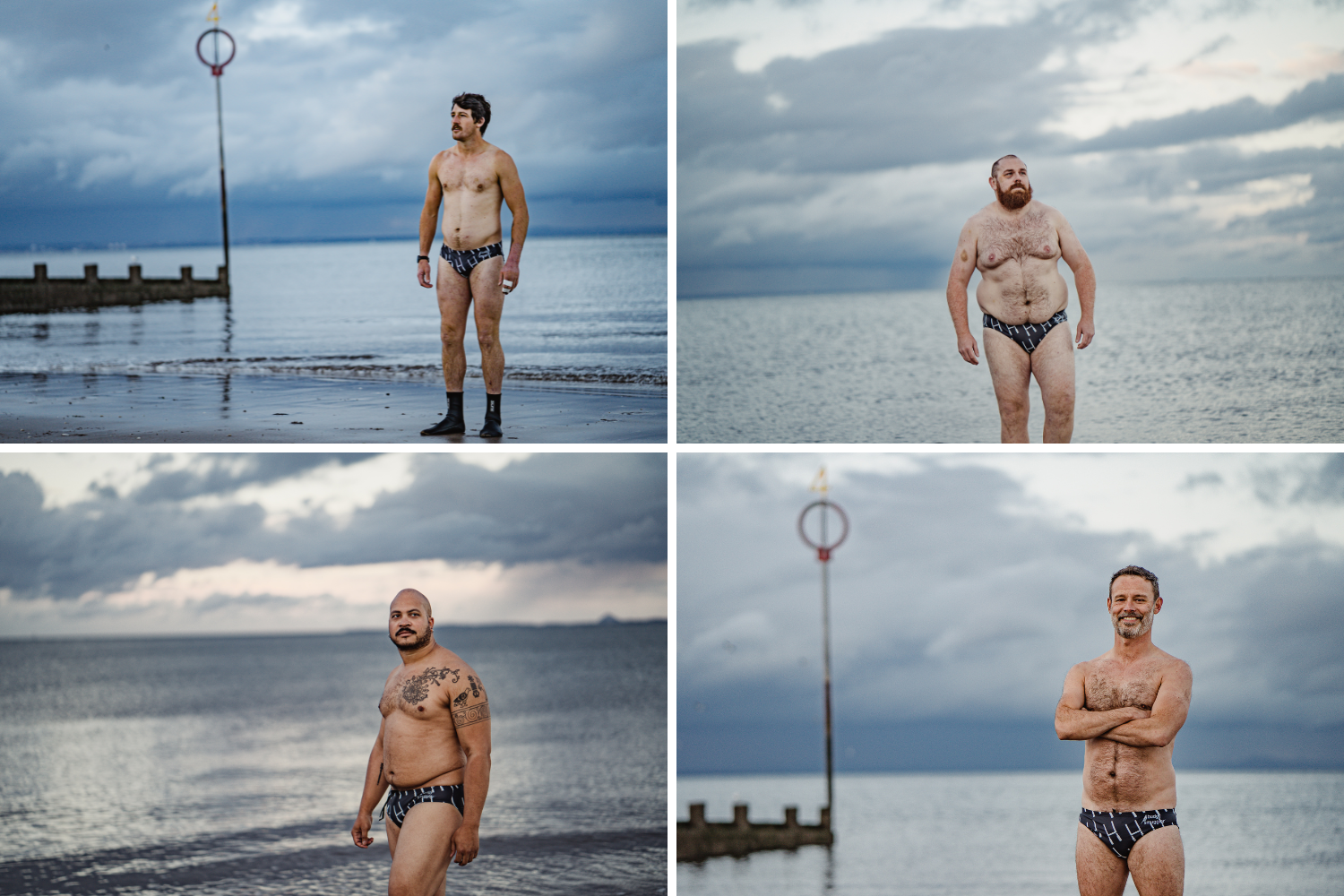 Through my journey, I had also been to a men's mental health support group. A traditional set up, where we all sat around a table and talked about how we were feeling. I could not get my head into gear or feel comfortable participating. I really wanted something more organic which is where the cold water comes in.

Something more in the moment where my anxious brain didn't have a week to think about what I was going to say to a bunch of strangers around a table.  I had so many anxieties and was never true to myself in a lot of groups and friends beforehand.  So I took the plunge (excuse the pun!) and started the journey in starting my own swim group. With the aim to help myself and anyone else who was feeling a bit lost, or did not feel like they fitted in anywhere. 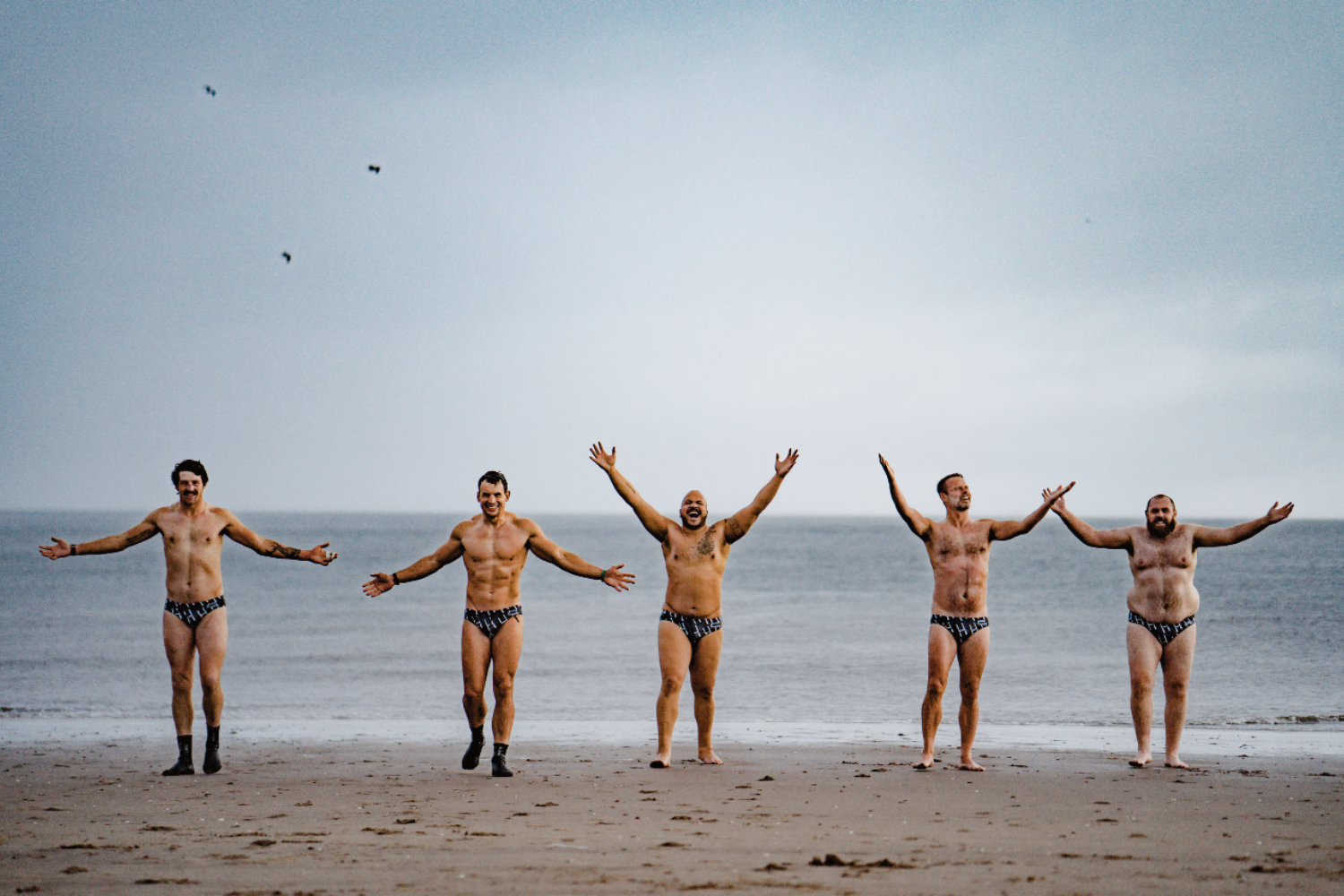 I wanted a group where men could be themselves and not have to prove anything to anyone and to build a community of support for men of all ages, irrespective of their background.   To have a group of men, who do not give a fuck about your sexuality, your job, your body shape or clothes - everyone is just there for some good company and support, and a kick-start to their day.

It's a huge support to all of us and feels good to have met so many guys that all feel the same. I finally found a tribe of friends that have the same values as me and can be myself around them showing weakness and that gives me strength knowing they feel the same . I hope everyone in the group feels the same way.

We started just over a year ago and the people I have met and the support the guys show each other is just beautiful. The group is growing all the time.  There are few places men can get support - especially from other men.  Starting up the Edinburgh Blue Balls is one of my proudest things and I have met some amazing supportive strong and vulnerable men who I can call up anytime for support and I hope that anyone who joins the Blue Balls feels the same. 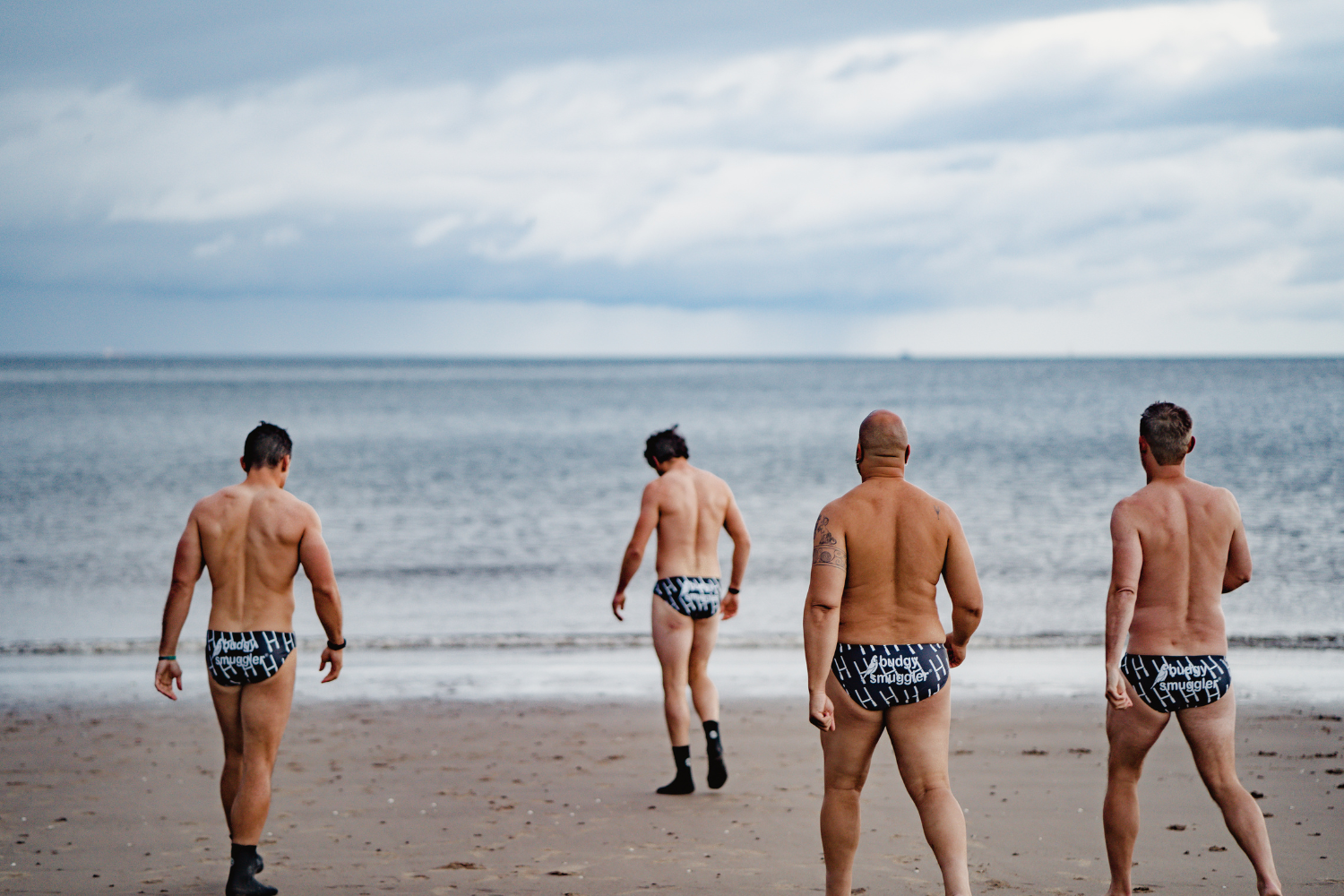